Another "on my ownsome" weekend, as my husband flew to Ottawa early Friday morning for meetings with the Canadian Cycling Association, where all things 'bike' are on the agenda. I, left behind, had my own bike-festivities - drove into the 'big city' early yesterday morning, where I was the chief official at the ever-so-fun Beans and Barley Cyclocross Event.  The turnout was amazing, with close to 200 riders, the weather was outstanding, and the competition entertaining. Two highlights: riders (except for the elite category) were allowed to wear Halloween costumes (as long as we could see their numbers), and the best, by far, was one of the gals who rode a full-body - head included - gingerbread suit. Talk about getting into the spirit!

The second highlight was the little kids' race, where a field of 30 wee ones - some on mini mountain bikes, others on runbikes (they are awesome, those bikes - teaches  kids balance like nothing else and the kids love them - they can roar around like you wouldn't believe, using their little legs for power).  A most fabulous time, although the combination of driving to-and-from the city (over an hour each way), long day, fresh air, and being 'on the alert' for the races' duration, saw me coming home in pretty much a state of "hello, what's my name again?"  It was a good tired, though, and the outing to see my 'bike people' was such a perk.

As lovely as yesterday's weather was, the diametric opposite is forecast today. Right now, the snowflakes are swirling about, with a predicated accumulation of 10 - 15 cm; and that's on top of the rain (freezing inevitable) that's also fallen. Snowfall warning in effect, is the official report.  Hopefully, my husband's flights won't be affected, although he's not coming home until tomorrow.  Hopefully, my car doors won't be frozen shut or the drive to work overly sketchy. Hmmm...maybe a walking day, although I'd have to leave really early....possibilities!

Anyway, two cards to share today, sticking as I am with my Halloween diet that I mentioned in my previous post.
First one is for Seize the Sketch  #6 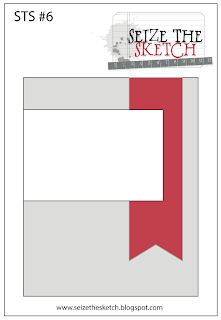 and yes, I made some modifications... 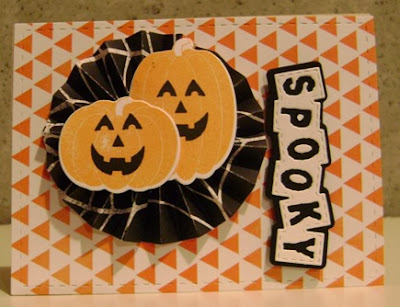 The second is for Freshly Made Sketches #109, with yep, a bit of 'interpretation" 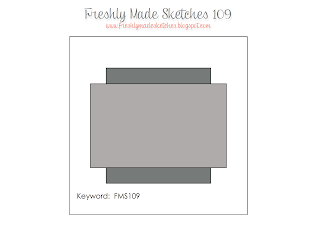 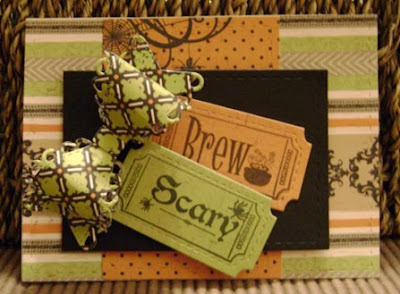 (apologies for the photos; with the cloudy, gloomy skies, the lights-on-day is a given)
Halloween theme means another zip over to Simon Says Wednesday Challenge

Thanks so much for dropping by; your visit and comments are always welcome and appreciated!

How fun! love the gingerbread costume!

Halloween Menu, these are both awesome! I'm lovin' the layers and dimensions on both of your fabulously fun cards!

Thanks for playing with us at Seize the Sketch:)

What a FUN day you had, Madam Chief Official!!! I LOVE the gingerbread girl!! hahaha!!! And LOVE even more your spooktacular cards!!! Fabulous everything! You are seriously amazing!!!
Oh, guess what I'm watching on CBC right now - Zina Kofer! I suspect you *probably* know her! Hunker down and craft away, have the fire roaring and hot chocolate close by on your snowy day!!! Hope your hubby gets back safe and sound xoxoxo

Love your Halloween cards! Great colors! Thanks for sharing one at FMS!

That gingerbread man outfit is awesome ... such fun ... as are your cards, Carol. As ever, the mix of elements and DP is amazing and your 'modifications' have worked brilliantly! Hope the weather isn't too harsh this week ... though I guess that means more crafty time ... enjoy! Anita :)

I love both of these, Carol! Boy are you going to make some people smile with the Halloween cards they get this year! Snow?! Are you kidding?! Think I'm not moving north--LOL!

Such dramatic weather changes! I'm glad it was gorgeous for the biking event. And with the snow swirling now and husband gone - you'll just have to fill your time with some extra card making!

Great cards! Love that sweet bow! Thanks for joining us this week at Freshly Made Sketches!

Carol I love these!!! I seem to struggle when sketches have such big panels...I never know what to do! lol Add pattern, sentiment...I don't have a clue lol But, you've nailed 'em all! I hope that snow melted and you're seeing a bit of green. I won't be long before we're covered in the stuff here too :(

Both cards are super adorable! Love those big tickets on the 2nd one!!

Thank you very much for joining us this week at the Simon Says Stamp Wednesday Challenge Blog!