Hello – and happy Saturday evening! I hope that your day was warmer than ours;  this morning we awoke to -40C, and the mercury didn’t rise much higher.  Same for tomorrow, so I reckon another day indoors, much like this one.

Six years ago, an event of incredible magnitude happened in our family:  my brother, in one of his smartest moves EVER, married my sister-in-law!   This was no ordinary wedding.  You see, when my brother ‘finally’ came around to settling on a date for their marriage, after a year’s engagement, he, being the smarty-pants he thinks he is, responded with, “Okay, let’s get married on February 29th". Without batting an eye, my sister-in-law responded with, “Perfect – AND March 1st."  She is one sharp gal: no way was Mr. New Husband getting away with celebrating an anniversary once every four years.

And so it was: they were married in a most glamorous ceremony held in the planetarium at the Edmonton Telus Space and Science Center that Leap Year Friday evening, and their "official" dinner and dance were held the next evening.  Two days of *wedding* would exhaust most of us (mine was a super duper simple wedding and one day was enough, thank you!), but not those two.   Much joy, much celebration, much happiness….

I’ve expressed on at least a zillion occasions what a delight my sister-in-law is – mom to my niece and nephew (such gifts she’s brought to our lives!), generous to a fault, loved by everyone who meets her, a heart as big as all the oceans put together, funny as all get-out. When she and my brother were dating, she was totally fine when he and I traveled to France together (one of our two Tour de France themed trips…stories for another time) for three weeks (I made it up to her: sent them both to Florida, where he competed in an Ironman event).  The list of how charming and special she is is long and constantly growing, but one thing I haven’t told you is that SHE is the reason I met my husband.

The story will make for a very long blog post, so I’ll save the juicy details for another time.   Today, the focus is on my brother and sister-in-law, celebrating their  “2.2 Years’ Anniversary” (or should that be “2.5 Years’ Anniversary"??  Those Leap Year events  leave me confused).

I was honoured when they asked me to deliver a speech/photo presentation at their wedding (by the way, my brother was my ‘maid of honour ‘ at mine…another story), and an old proverb that I agree with 100% became the foundation of what I created for that event:

The Universe makes us; then it matches us.

I believed then, as I believe now: Jon and Tara were ‘always meant to be’.  The story that began on February 29 and March 1, 2008 has been incredibly marvelous so far.  I wish them – and all of us who love them – many, many, many more years of togetherness to come.


My card, obviously, is for their anniversary, inspired by Paper Smooches SPARKS Designer Draft Challenge: 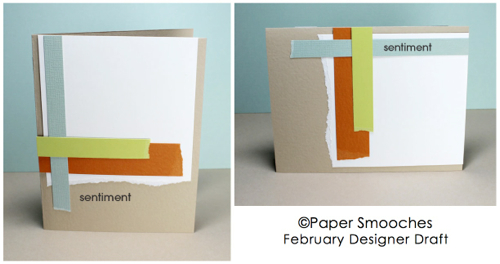 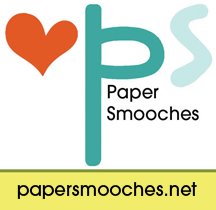 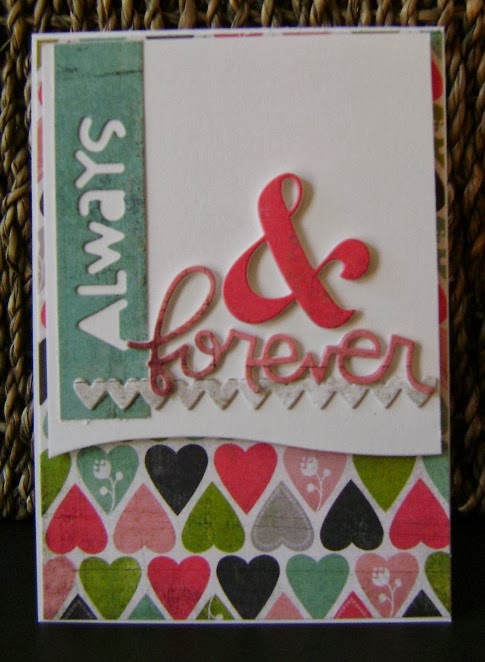 NOTE:  So honoured and delighted that my card was selected as a Paper Smooches Featured Player.  THANK YOU!!

Carol what a lovely story about your brother and sister-in-law! Your card is gorgeous I love the details and the colours! Smiling from ear to ear!

Congratulations to your brother and sister-in-law on their anniversary. Your post today only whetted my appetite for the stories you hinted at above. I think you card is so gorgeous and I know they will think so too. You are every bit as special as your sweet sister-in-law! hugs!

Love the use of the positive and negative die cuts!

awwwwwwww....what a neat post! I love reading about your brother and SIL and about you...can't wait for the following part 2 posts:)

What an amazing card...love your use of the dies! I'm sure that she loved it...same with your brother :) chuckled that he was your maid of honor....that rocks.

You just have a way of making every post entertain and sparkle, but this one is extra special!! Huge congrats to T&J on their anniversary! As lucky as you are to have T as part of your family, she sure is lucky to be part of yours!! And what a beautiful card you have made for these two love birds! Perfectly mixed with negative and positive dies, fab papers (those grungy hearts spotted with sweet flowers is amazing!) and a whole lot of love!! Love this Carol, and so will they!

Awesome story and an AWESOME card!!! Absolutely beautiful!!! That SIL is a keeper for sure!

Love your card. Great post...so sweet. Thanks for playing along with us at the Paper Smooches Sparks challenge.

Noooo!!! you can't leave me hanging on all those wonderful stories!!! If I lived closer I'd drive over and sit there until you told me all of them LOL!

Your SIL sounds like an amazing woman and yeah for her introducing her to your hubby :) Sure the recipients of this card will love it!

What a lovely, heartfelt post, Carol ... your brother and sil will be blushing at such wonderful words! Looking forward to hearing about your trips to France! Fab card ... great die cuts and perfect DP! Hugs, Anita :)

I'm so delighted to see your bright and loving card in the winning lineup over at PS, Carol!! Well-deserved!! A beautiful post!! Hugs, Darnell